This is a special year for me -- it's the 40th anniversary of what I consider to be my first contribution to motorsports and participation beyond the role of spectator. 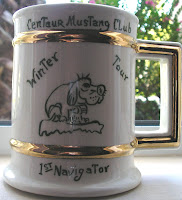 In April 1969, USAC ran Indy Cars at the old Hanford Motor Speedway oval, in Fresno, Calif. Sadly, during a pit-stop sequence, crew member Red Stainton jumped away from a refueling fire. He tripped and fell into the path of Mario Andretti's car. Stainton died. In the aftermath, I wrote a guest column for the old USAC News newspaper, suggesting the sanctioning body require pit crew members to wear fire-resistant uniforms. It was my first byline.

Eventually, that idea became reality. I'm not taking credit, but I do remember this: Years later, Dick King, who became USAC's president, recalled that column and thanked me for it.

That's the only way I know to describe the "Tale of the Tape" posting on IndyCar.com last week. Alex Rodriguez' news conference in Tampa, to answer questions about his admitted past use of performance enhancers, was twisted into a comparison to IRL racing in St. Petersburg. An example:

If I were Graham Rahal, or his representative, I would not appreciate being pictured side-by-side with A-Rod in this way. In fact, I would have been on the phone to Tony George, demanding the image be taken down.

One can only ask: What were they thinking? And: Where's the oversight?

Saturday was a long racing day: When qualifying was over at Firebird, I headed to Manzanita Speedway for USAC's Silver Crown, sprint and midget tripleheader.